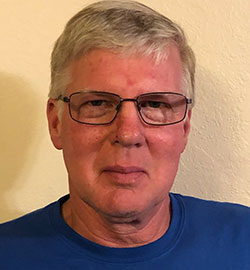 Paul Eden has lived in Kansas since 1981.  He moved here to attend automotive repair school.  He married Kristi Williams in 1982 and they have two sons, Nick and Chris.  They moved to the Valley Center area in 1988, and Paul started Eden’s Auto Service in 1994.  He later sold that business and opened Eden’s Auto Sales in 2002.  Paul is an active member of Calvary Baptist Church.